in the last 16 days we worked on a couple of things. But this time not primarily on new features ingame, more on generell things.

In the beginning we created some new designs. We started to assemble a new nice looking color palette. The colors have to fit into your game in every aspect. They’re a well-conceived choice to reinforce your atmosphare of the game. We worked on the menu colors and a flat looking Design. On the menus you have to focus on the ergonomic aspects. How can you impart a lot of information in an user friendly way. This is something we always have to improve.

The next smaller thing we worked on was the language. We don’t want to spend a lot of money for a translator. So we thought we can handle this with our well known world wide web. So this gives us not the best translations but it is a first step to have a lot of languages with less effort. In the end we have 26 languages and with this amount we can cover the most players:
English
FRENCH / FRANÇAIS
SPANISH / ESPAÑOL
GERMAN / DEUTSCH
ITALIAN / ITALIANO
PORTUGUESE / PORTUGUÊS
RUSSIAN / РУССКИЙ
GREEK / ΕΛΛΗΝΙΚΑ
TURKISH / TÜRKÇE
DANISH / DANSK
NORWEGIAN / NORSK BOKMÅL
SWEDISH / SVENSKA
DUTCH / NEDERLANDS
POLISH / POLSKI
FINNISH / SUOMI
JAPANESE / 日本語
SIMPLIFIED CHINESE / 简体中文
TRADITIONAL CHINESE / 繁体中文
KOREAN / 한국어
CZECH / ČEŠTINA
HUNGARIAN / MAGYAR
ROMANIAN / ROMÂNĂ
THAI / ภาษาไทย
BULGARIAN / БЪЛГАРСКИ
HINDI / हिंदी
HEBREW / עברית

In the end we also created some new textures and worked on our finetuning. So the numbers in the game is the really high prirority stuff we do now.

We’re still planning to publish a really alpha version of Summer Islands in the end of 2017. But we can only work on Summer Islands in our free time.
So be patient if things not going well and fast enough. We’re really love Summer Islands and to create new features for it and we will definitely publish this awesome game. 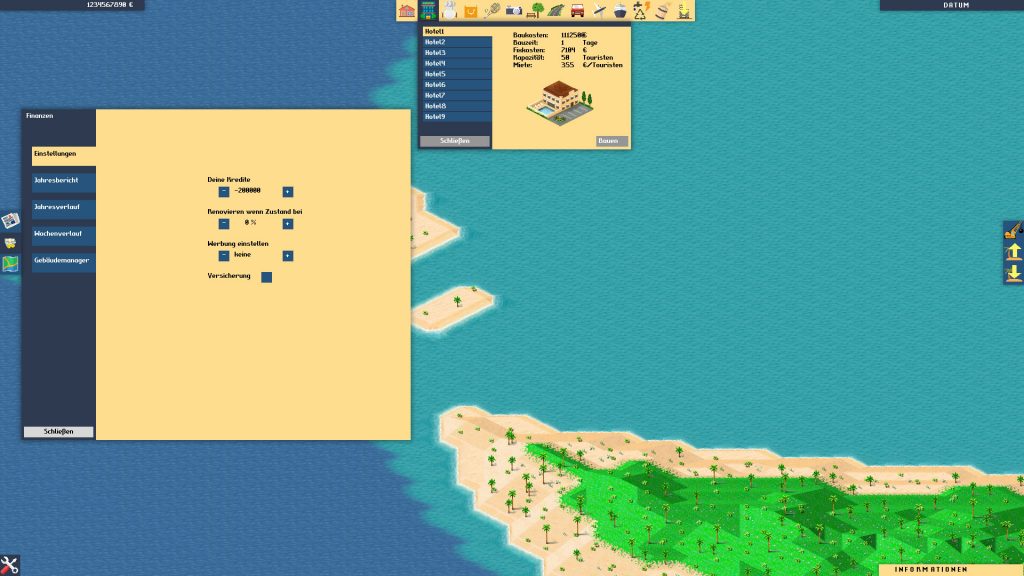