it’s been 3 weeks since the last update. Sometimes the “day job” is holding you up longer and lately in Germany also the weather. At 40° Celsius one would rather not switch on any heat-producing devices in the apartment.
But don’t worry. We are constantly working on Summer Islands and would like to present you version 0.1.5 today.

So what’s new for you in version 0.1.5:
First of all we were extremely happy about the pictures that some of you uploaded to Steam. We think it’s really great to see your holiday paradises and how you earn your money. But we were also a bit surprised how you could earn so much money in such a short time. We know that we have to implement some goals in Summer Islands, like a highscore list that you can share with friends or some missions.

The first step was to improve the finetuning building a bit. This only happened slightly. But I guess you will notice an effect during the game.
In detail, we have reduced the advertising boost and the neighboring buildings flow more into the buildings popular.
The bots also build more densely than before. This way you don’t get so often the chance to place your buildings in another player’s city.

To increase the player ergonomics we have added the possibility to select your desired position from the icon menu bar.
Moving the mouse to every edge of the screen is fun but time consuming. But everyone as he wants it to be. 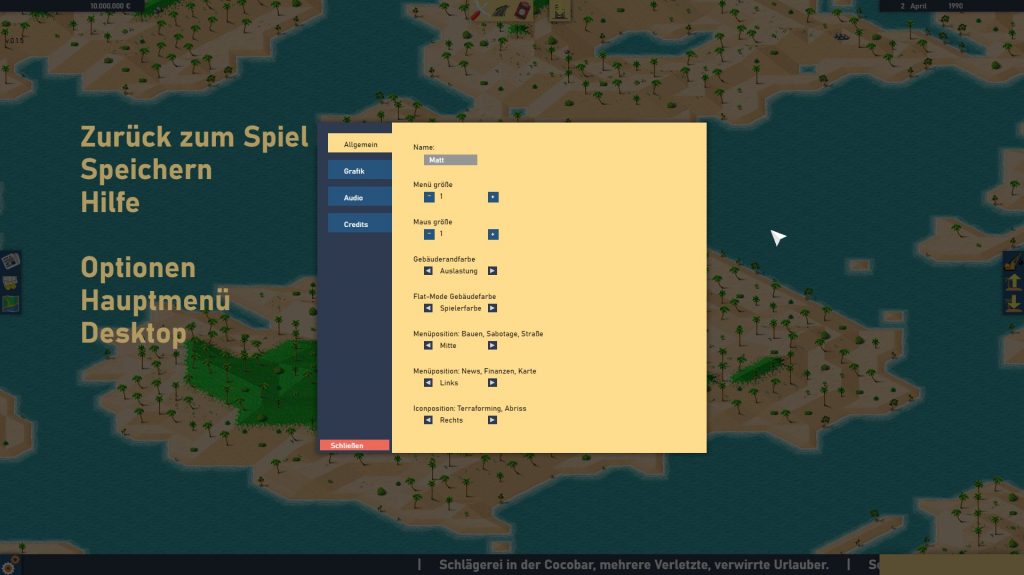 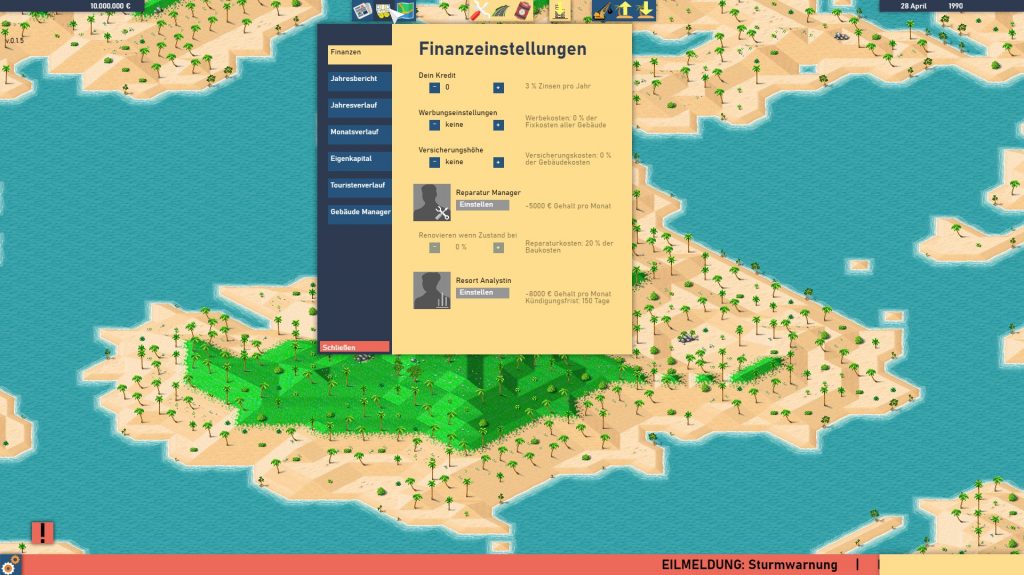 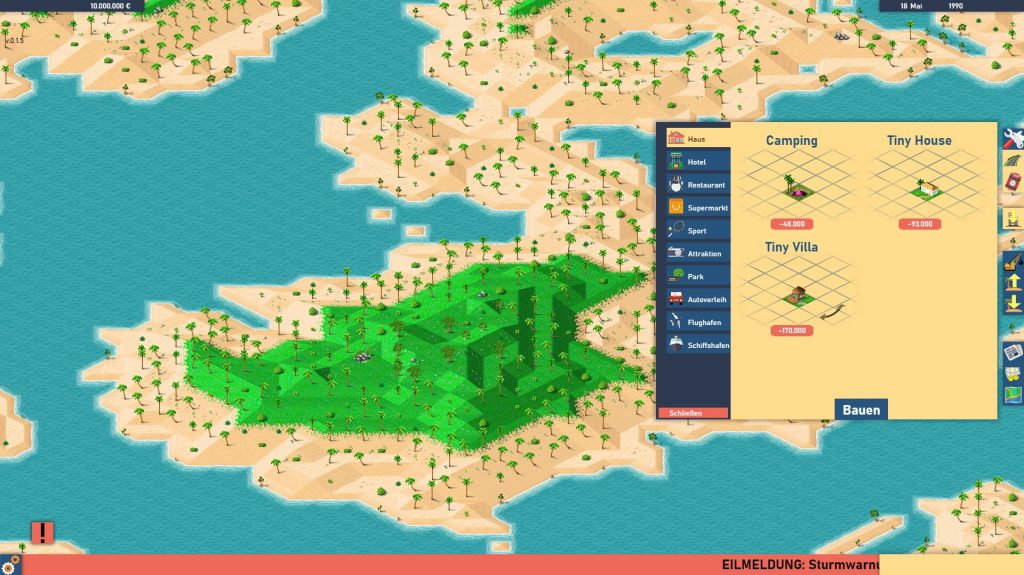 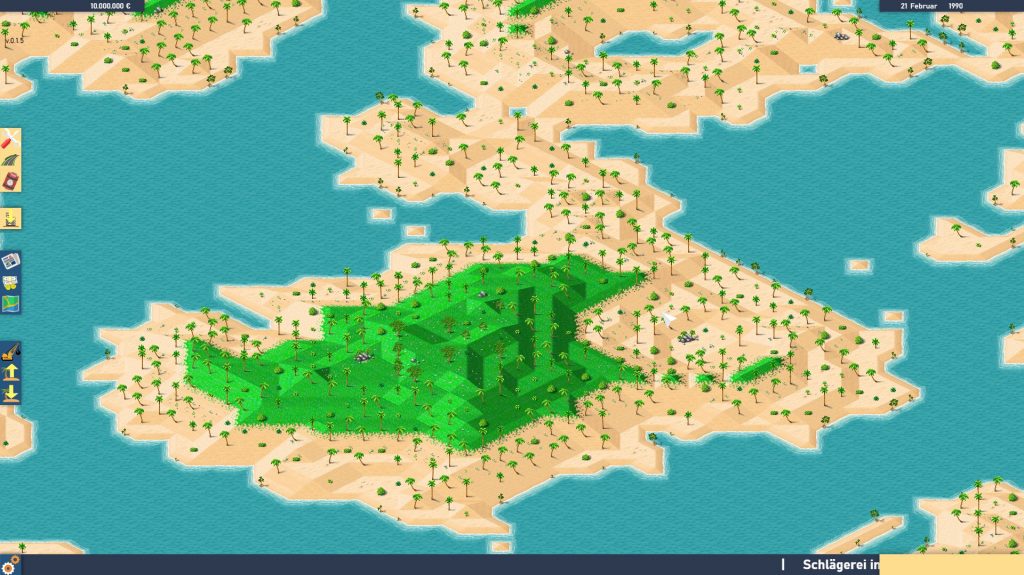 Furthermore we fixed some smaller bugs. The construction crane animation didn’t run through properly or even the creation of airplanes, cars or ships is now calculated differently based on: Popularity of the building + number of already created objects + a bit of chance.
But what we only noticed now: The demolition and the sabotage explosions animation were no longer visible. Unfortunately two lines of code were missing. In some Let’s Plays that was a good laugh. Because you tore something down and suddenly the house was gone, just with one click

A propro Let’s plays. The requests for free CD-Keys have fortunately decreased. Also some negative reviews were preceded by unanswered requests.
Nevertheless, we can say as a conclusion:
Also Let’s Plays that were clicked more than 100.000 times didn’t give us any change in the purchase statistics. We as a 3-person developer team, which operates Summer Islands only as a sideline, it’s relative whether a marketing strategy is successful or not. But I personally prefer to play a game myself rather than have it pretend. Everyone sees it differently, of course. I just wanted to address the issue of influence and doubt the marketing strategy, at least in the gaming industry. Probably it depends also strongly on the Influencer and their Community. Nevermind.